Mississauga, ON - The Canadian Golf Superintendents Association (CGSA) is pleased to announce the late Stanley Thompson (1893-1953) as the CGSA John B. Steel Distinguished Service Award recipient for 2020.

The CGSA John B. Steel Award commemorates the CGSA's first President, who was also the first superintendent to be inducted into the Canadian Golf Hall of Fame. This award is presented annually to an individual, chosen by the CGSA Board of Directors, who has made an outstanding contribution to the advancement of the profession of Golf Course Superintendent. The recipient is presented with an original soap stone carving designed and carved by Bill Fach, retired Master Superintendent and former CGSA President.

Stanley Thompson was born in 1893 and was the seventh of nine children.  He along with his four brothers all developed into excellent golfers and made significant contributions to Canadian golf.  Stanley Thompson designed courses from 1912 – 1952 mostly in Canada leaving his mark on the Canadian golf landscape with courses from coast to coast.  Many of those courses are recognized in the top 100 courses in Canada year after year.

"What a pleasure it is to announce that the late Stanley Thompson is the winner of our most prestigious award.  The number of courses that carry Thompson’s signature in Canada is impressive.  He has definitely left his mark on the Canadian golf industry and those who are able to experience working at a Stanley Thompson golf course carry on his legacy.”
– Darren Kalyniuk, CGSA President.

On behalf of the Board of Directors, staff and CGSA members, I extend our congratulations to the late Stanley Thompson on his selection as the 2020 John B. Steel Distinguished Service Award winner!

The CGSA represents golf course superintendents from across Canada. Its mission is to promote and support superintendents and their profession. The association is also committed to environmentally sustainable practices with respect to the management of golf course properties. 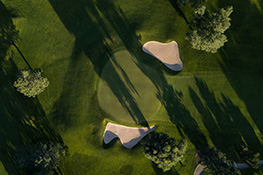